Application security is the practice of finding, fixing and preventing security issues within applications. By doing this companies can protect their business and their customers from cybercriminals. Application security safeguards application owners and users from cybercriminals looking to exploit software vulnerabilities, breach security protections, and use information mined from data leaks to obtain login credentials. Once criminals have access to business or user accounts, they may steal data, take over accounts, or use stolen user information to create new accounts. All applications are vulnerable to cyberattack and these attacks continue to become more prevalent and sophisticated.

What types of application security solutions are out there?

Websites have primarily used two methods of protecting their networks from cyberattacks.

Content delivery networks (CDNs) protect business and user data by distributing web application content across a network of servers in various geographic locations. This offers users two benefits. By distributing traffic, users can access website information stored on servers that are closer to them, which speeds up user experience. And as a security measure, caching application data on remote networks protects businesses’ network servers from potential distributed denial-of-service (DDoS) attacks, which employ botnets to overwhelm websites with fake traffic. These botnets can either cripple a website and make it inaccessible to legitimate users, or they can be used as a smokescreen as cybercriminals mount a parallel attack to breach security.

Web application firewalls (WAFs) create a barrier between an application and the internet, blocking traffic from suspicious IP addresses. WAFs can be configured to allow only pre-approved traffic, block known malicious actors, restrict IPs from specific countries, or block IP addresses that are sending an unusual number of requests.

In the past, the two technologies above were effective at protecting applications from attack, but fraudsters and cybercriminals now use networks of sophisticated bots that can outsmart traditional application security defenses. According to ESG, 86 percent of security professionals now believe that most bots can bypass simple security measures like WAFs. And these bots, explains Ann Johnson, Corporate Vice President of Security, Compliance, & Identity (SCI) Business Development at Microsoft and a member of HUMAN’s Board of Directors, are an ever-growing percentage of total web traffic.

“I think people think that there is a low percentage of network traffic that is actually bot,” Johnson says. “But it is actually closer to 40 percent.”

What happens if you don’t have robust application security?

Sophisticated bot attacks account for nearly half of internet traffic. Here’s how they operate.

Cybercriminals can acquire data dumps of stolen usernames and passwords from a variety of sources, including hacking another application, purchasing data in a criminal marketplace, or obtaining the information from a publicly available data breach. Once they have access to this information, bots sweep the web millions of times per day searching for vulnerable apps. When they identify a potential target, a simple script command can enter user credentials into an application’s web interface in a way that mimics human entry capabilities. These attacks go undetected by typical cybersecurity measures.

Once cyberattackers have access to an account, they can use in-application features to scrape content and manipulate data, often in ways that are invisible to users and website operators. Attackers may dispatch a command across a pool of infected botnet desktop and mobile devices to scrape application content, like customer data. Information stolen from a website can be used by criminals in several ways. It is often sold in criminal marketplaces, used to trick unsuspecting customers, fed into copycat applications, or targeted to directly damage your business operations.

Another common use of stolen credentials and customer data is the creation of fake or double accounts, which cybercriminals can then use as a precursor to later attacks. These delayed assaults can take place months—or even years—down the road. When they are deployed, fraudulent accounts are used to generate content spam, launder cash and goods, spread malware, skew SEO, author fake reviews, or sow general mischief.

Does HUMAN have an application security solution?

The continuously evolving nature of cyberattacks requires a modern defense strategy that can sniff out bots and fraudulent accounts before they impact your business and customers. HUMAN Bot Defender uses a multilayered detection methodology that isn’t reliant on any signal technique. In short, Bot Defender uses AI technologies to defend against AI threats. These tools enable Bot Defender to accurately detect and stop sophisticated bots and ensure that only real humans interact with your applications. The process works like this: 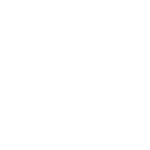 HUMAN Bot Defender uses the Human Verification Engine to sift through 2,500 client-side signals that indicate real human activity. This information is then sent to HUMAN for processing. 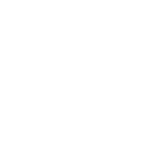 HUMAN employs a real-time decision engine that uses machine learning to identify whether users display human or non-human behaviors. HUMAN’s tools verify 15 trillion interactions per week, and it can harness that scale of visibility—as well as a decade of historical data—to deliver ever-improving, adaptable, and mutually reinforcing recognition precision and protection. These tools identify non-human actors with industry leading accuracy. 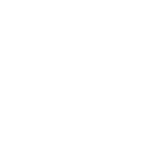 Once BotGuard’s decision engine has determined whether a user represents a threat, it deploys a real-time recommendation to block or allow the user. Application operators can also customize mitigation to automatically mitigate non-human activity. 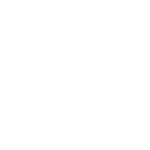 HUMAN Bot Defender uses technical evidence, machine learning, and continuous adaptation to improve its detection tools. HUMAN also employs a proactive approach to detection. Its Satori Threat Intelligence and Research Team investigates and takes down multiple large-scale attack networks each year. The team can then use information gathered during these investigations to reinforce Bot Defender's detection techniques. This ensures that clients are equipped with an application security system that can not only keep up with, but stay ahead of the ever-evolving ingenuity of cybercriminals.

Three Out of Four Attacks: Sophisticated Bots and What Enterprise Security is Missing

Malicious Bot Attacks Just Got Much More Sophisticated: What You Need To Know

What is Bot Detection?

What is Marketing Fraud?