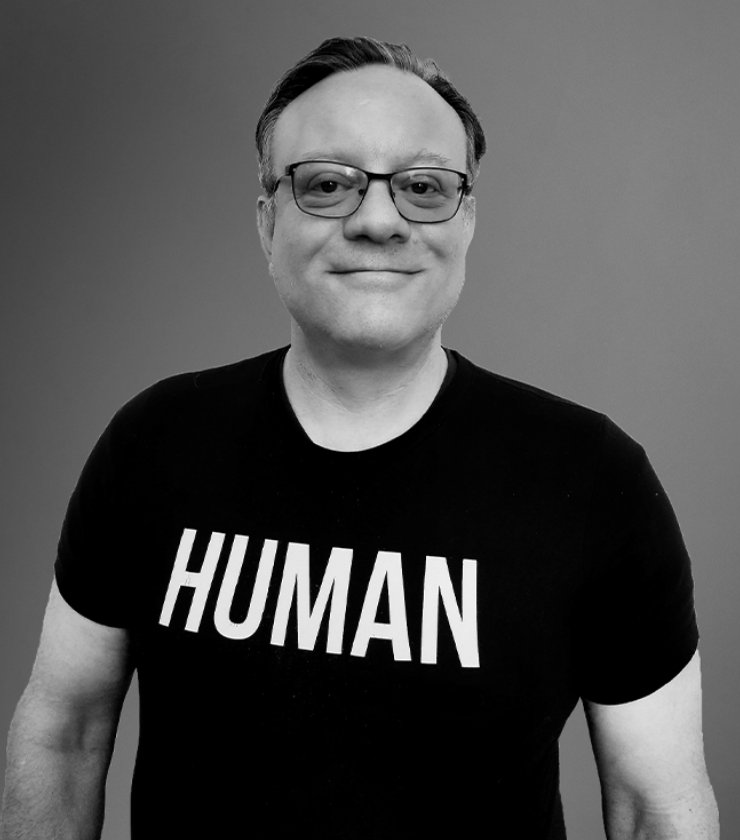 By Michael McNally
BotGuard for Applications

Fighting cybercrime is not a solo mission. Maybe at one time it was (a very long time ago!), but my experience has shown me just how sophisticated and heavily funded today’s fraudsters have become. And they’re only getting more sophisticated. That’s why at HUMAN we use a modern defense strategy fueled by collective protection to fight fraud and abuse. You might be wondering, “but what does that mean?” Let me run you through an example that reminded all of us at HUMAN why we do what we do.

Music to Our Ears

It is rare we get to watch the reactions of fraudsters as they figure out that someone is trying to thwart their activities in real time. But this time, we got that glimpse.

Recently we worked with a leading music streaming service to get to the bottom of bot activity on their platform. Fraudsters were targeting them with new account fraud, and comment abuse and spamming. They needed help getting to the bottom of what was going on. The Satori Threat Intelligence & Research team soon found a bot developer that was doing all of these abuses and more. They were selling their services to anyone who was looking for a boost in stream popularity and engagement metrics. Here’s where our story gets interesting. 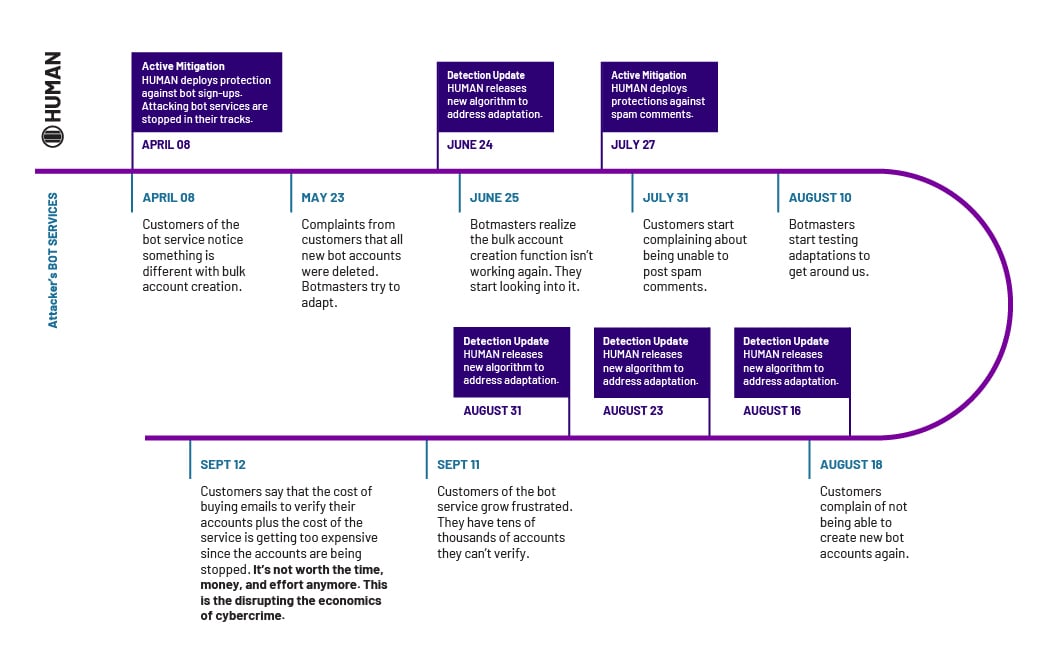 As we enacted defenses, we watched as the bot developers and their clients realized that their bots weren’t working anymore (Figure 1). The bot developers would try to develop work arounds, but to no success. What we were able to witness was adaptation in real time: how long it takes for a fraudster to realize something is up and and how quickly they can figure out how to get around us. While they were pretty well-funded, every time their “product” stopped working more clients would get mad. Think about it: if you paid a good chunk of money for a guarantee that people will listen to your music and instead you get nothing, you would be pretty annoyed wouldn’t you? You would probably try to take your money elsewhere, or maybe you would resort to the old fashioned way of increasing your listeners - gaining fans instead of hollow masks. But I digress!

Every time we got in their way, the bot developers lost money. And the longer it took them to try to get around us, they lost even more. That is what disrupting the economics of cybercrime is all about.

When HUMAN launches a new partnership, it is not shipping a final complete product and calling it a day. It is initiating a new battle against new opponents. And each of our customers helps us in that battle with data and insights to better fight. That is modern defense strategy, and the example above perfectly encapsulates this.

Modern defense strategy can be broken up into three vectors:

In the most basic terms, we play to win. We observe from afar, take action, and deploy defenses before fraudsters even know we’re on their tail. And they don’t even know it’s us.

We aim to force fraudsters to abandon their operations. That may sound like a lofty goal, but the timeline shows exactly what we mean. There comes a point when fighting against HUMAN’s Satori team becomes too expensive and time consuming. They lose money and consumers the more they have to adapt their technology to get around us.

Every HUMAN customer is part of that journey. We’re not a software plug-in. We’re your allies against sophisticated cybercrime. By working with us you’re getting superior technology, actionable insights, and an entire team of hackers, reverse engineers, and data scientists helping you protect your digital business. So, are you ready to start a war and win?

Connecting the Dots: Why Visibility Is the Key to Winning Against Fraud