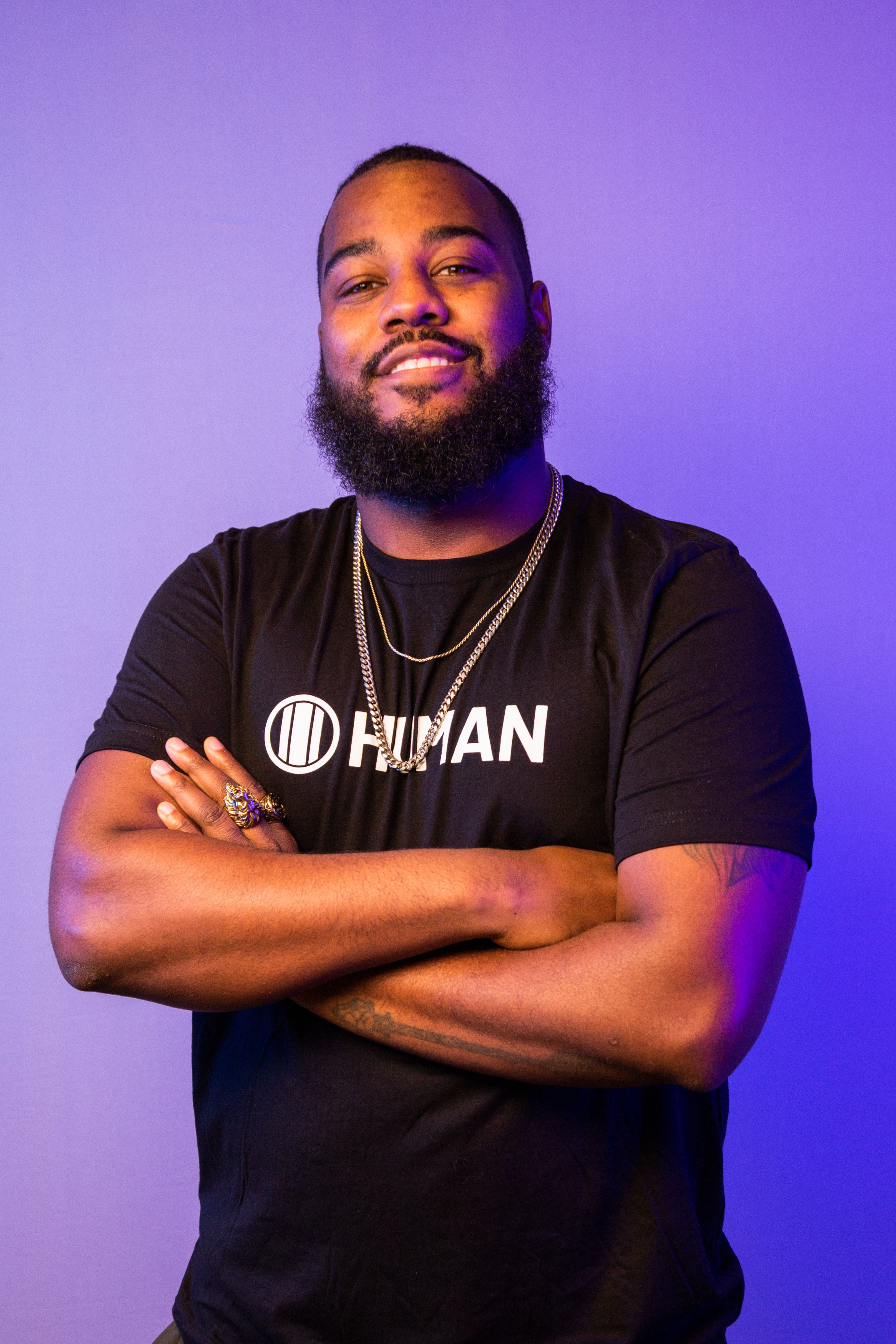 In the modern professional world, the voice on the other end of the phone or face looking at you via Zoom is sometimes the most familiarity you have with a company. When it comes to your first interaction with HUMAN, more than likely that voice and face belongs to Jessica Ramirez. Jessica holds the role of Talent Acquisition Partner at HUMAN. She finds, evaluates and welcomes potential talent. A job she excels at due to her elite conversation and observation skills. We spent an afternoon together talking about her Human side.

What does it mean to be a Talent Acquisition Partner?

“I would say that I focus primarily on bringing in talent to the organization. The partner aspect is really just becoming a true partner to all of the hiring managers in all the different areas such as engineering, marketing, and various teams. A major part is I don’t view it as me working for them, but truly working together to find candidates.”

Why did you choose HUMAN for your career path?

“I started in January 2021, which I feel was a really rough time for most of the world. I had been let go from my previous employer, and I had been unemployed for eight months. It was right in the peak of COVID and I just got to a point where I was going to be very particular about the next opportunity. I needed to really be interested in the people and the product. I was fortunate to get reached out to by HUMAN (White Ops at the time), and I was really intrigued by the people. The process was like nothing I had ever heard or seen before. I had three calls prior to working here. All of them were just supposed to be 30 minutes and we talked for like an hour and not all about work. It was just very refreshing.

Like a lot of people during that time, I was so heartbroken with my professional life because nobody thinks they're going to be laid off you know what I mean? I never had gotten laid off before, but it was just such a breath of fresh air starting at HUMAN. And then the added bonus was that this is such an important mission.”

We use Slack a lot. What's your favorite slack group?

“I mean, obviously the animal ones right? My heart melts for anything animal related. But my sister works here, too. I'm sure you know that.”

“Yeah, Jennifer Ramirez. So, her and I are always like commenting about everything and talking throughout the day. I don’t know if that counts?”

No, that counts. Did you work here first or did she?

“I worked here first. Then she was able to follow after this year in March. She was a teacher for 10 years. She needed a change and it is really amazing how being at HUMAN has helped her flourish professionally as well.”

What's the most rewarding part of your job on a daily basis?

“I guess I'm just a little corny. But what I've been able to accomplish here at HUMAN like, from my first day until now. I've been able to hire so many people on so many teams. What I think is so rewarding is when I see those people that I found, that I brought in, that I talked to, all really flourishing and making it. Just killing it. Gavin Reid, our VP of Threat Intelligence, I found him. I stalked him on LinkedIn and now he is our new CISO. How freaking cool is that? I remember our first conversation we had, he was teaching me how to cook Thai food. I met his dog. I heard about his life. You know what I mean? So it's like, you really get to know these people. And then you see them be so awesome in their role. That feels really good.

I've been able to hire so many amazing people. When I first started we were only at 170 employees and now we're at 400-something Humans. I would say my greatest accomplishment is that despite the growth of the company in such a short period of time, we still keep people at the forefront.”

What would you say is the most challenging part of your day?

“That's a good question. I would say, especially now, things change so fast recently, you know. And for me candidate experience is typically number one. Even if they don't end up becoming employees. Our process, and how they experienced our process is important. It’s the kind of thing that resonates with people for a long time, you know? So, if a change is made, that will really affect a candidate's experience. I feel like that's a reflection of me, but there's some times we're not in control of that. Sometimes the process and feedback could be great but it is in the best interest of the candidate or the company to not move forward. It’s the nature of the beast type thing.”

What's something that you're currently working on that gives you pride and makes you happy? Give me some details about it.

“I guess I'm really trying to be a part of making this whole merger successful, specifically  the people part of it. When you truly combine two companies like we did, there is a lot that goes into it. Not just the business side, but culturally as well. This is a whole new working world of being primarily remote and super spread out, but still trying to maintain that connectedness. I want to do my part for us to stay connected. I guess that would be something that I'm currently working on, the betterment of HUMAN as a whole.”

If you were interviewing someone to work on your team what would you ask them?

“So, I literally ask questions for a living. That's how I've been able to become the type of recruiter I am today. So it has never really been the type of specific questions that I asked, but more of the type of conversation that I have. If I'm interviewing you to be on my team, it's really just all about where the conversation leads. Intention, that's what I focus on. I realize that not everyone is so comfortable verbalizing things, but we work for a company named HUMAN. So, it’s important to make sure they are a real person and not a robot. Not just the work, it's also the interests that they have.”

What do you see in the future at HUMAN for yourself and the company?

“I always hear Tamer talk about becoming a company of consequence. I know that means multiple things, but I really do see myself continuing to try and get us to that point. I've almost gotten scammed two times this week. I feel like as we are getting more and more dependent on technology, our product is becoming more and more of a problem solver. So, obviously as a company it is important to do well financially. But our products and what we are doing as a whole is just really important. We are doing something that affects things in the real world.”

Be a part of something bigger. For more information on becoming a Human, check out our Careers page.

5 Things We’ve Learned from our Humans