DUI: Data Under the Influence 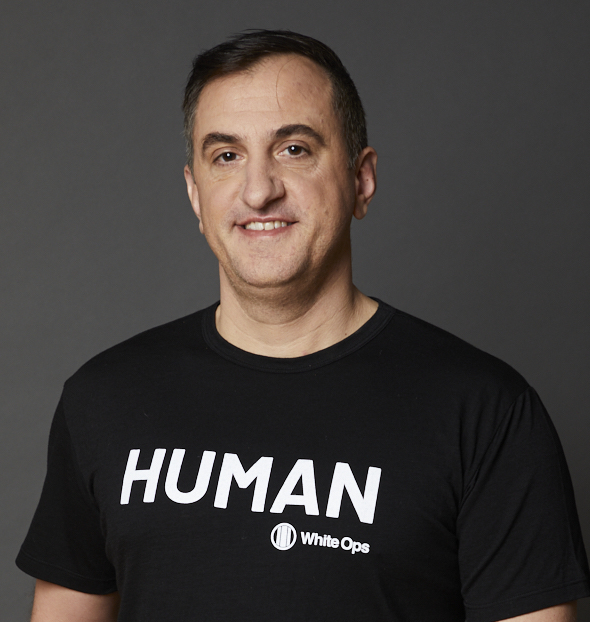 A marketer’s chief job is to use creative tactics to drive traffic to their site in the hopes of converting them into leads. The 2019 London Research study, “The State of B2B lead generation” found that more than a third (34%) of marketers identified driving “quality leads” as their #1 concern. Quality is the operative word.

When marketer success is measured by conversion rates, a natural first thought is to get more people to your site. In a new milestone, GroupM forecasts worldwide internet ad spending to increase 11.1 percent in 2020 to $326 billion, capturing 52 percent of ad spending. To get to their target numbers, marketers will hire audience acquisition companies to get those extra eyeballs to their site. Sometimes, those companies in turn go to third parties to meet the marketer’s goals. As the chain goes on, more and more sophisticated bots fold into the story. Suddenly there’s a spike in traffic to your site and the metrics look great, but are they humans?

“Data is the new oil” is an axiom coined by UK-based mathematician Clive Humby 15 years ago. Most people in marketing and advertising have heard this expression, but what they may not remember is Humby’s next sentence: “[the data is] valuable, but if unrefined, it cannot really be used.” All these years later, we’re still wrestling with this. We have more data at our fingertips than ever before, but refinement is more important than ever as bots look more and more like humans.

Raw data is to actionable intelligence as crude oil is to gasoline. Yes, one is derived from the other, but you can’t actually do anything without refining it. And in terms of data, that chiefly means gathering information about what’s noise and what’s signal within your data sets. The issue becomes this: how can we change “crude” data into a valuable commodity–the insight we need to make actionable decisions? Ensuring that your data, your database of contacts, is not “under the influence” of malicious sophisticated bots is a starting point.

Metrics are meaningless unless they can be trusted to deliver accurate information, which is why obtaining and making sense of data is a multi-billion dollar business. Unfortunately, as the value of data derived from leads rises, bots have become so sophisticated that they are able to mimic humans almost perfectly. The impact of these ever-evolving bots is staggering. Marketing dollars are lost. Customer relationship management (CRM) and data management platform (DMP) systems are tainted by bad data. Retargeted advertising dollars are misguided. Efforts personalizing website experiences are wasted. Organizations are drawing conclusions and deriving go-forward strategies and product decisions from data points that never really existed. Their data is under the influence of bad actors and sophisticated bots.

We conducted a pilot program to measure just how much of an impact sophisticated bots were having on lead acquisition campaigns. Over a 90-day period between July and September 2019, White Ops reviewed the digital acquisition efforts of ten Fortune 500 companies. We examined over a half billion (544 million) page views for evidence of fraudulent traffic. The goal was to understand what impact, if any, fraud was having on acquisition marketing spend and how much of the data captured on form pages were from sophisticated bots.

The results were staggering. All companies that participated in the 90-day test had some level of fraud across their site. The percentage of fraud observed on form-collection pages alone ranged from 7% to 41%(!) of total page views.

Millions of dollars were spent in acquiring these bot-based leads by the test participants. The problem was exacerbated by the fact that the bots were then re-targeted as part of traditional re-targeting practices. The money spent by marketers in obtaining audiences and then re-targeting that bot-based audience was wasted.

“I don’t know which half”

Your finely-tuned and elaborate post-conversion marketing systems don’t turn off because there’s a bot on the other end of the form-fill. They still try and follow that bot all over the internet to get them to come back to your website.

It is a cultural norm in the advertising and marketing industry to accept waste. One of the most famous ad men ever was John Wanamaker. Wanamaker opened one of the first and most successful department stores in the United States, which grew to 16 stores and eventually became part of Macy’s. Wanamaker is famous for saying, “Half the money I spend on advertising is wasted; the trouble is I don’t know which half.” Fast forward 97 years: the problem of waste is actually exacerbated by fraud. Waste associated with advertising campaigns is no longer an isolated problem that impacts marketing budgets. The growing waste associated with bot-based fraud is impacting the entire enterprise.

Fraud has a substantial impact on a business no matter what size it is. Beyond wasting millions of dollars in advertising, a company’s CRM and DMP systems are being cluttered with false data. The operational oxygen of a company is spent gathering and making sense of fake data. Go-forward product decisions are being determined based on what robots have maliciously submitted vis-a-vis a form. Sales teams spent countless hours attempting to engage with prospective customers that never really existed. The entire enterprise is impacted by data that is under the influence of fraud.

Drink some water, sober up

Data drives substantial decisions for the marketing and advertising teams in your organization. However, in order for data to truly get out from under the influence of bots, it must be protected from fraud. This isn’t a measurement issue, it is a fraud and cybersecurity issue. Fortunately, there are tools in place to protect and mitigate the impact of fraud on a company. I always tell marketers to become familiar with the problem and take a lead role in protecting their company’s campaigns from the impact of fraud. Marketers have dealt with digital fraud and waste for many years but now there are tools to prevent the problem to ensure you are only engaging with real humans. In doing so, your conversion rates will rise dramatically and you will drive better business results.

Put on Your Bot Colored Glasses: Now You Can See and De-target Fake Traffic in Google Marketing Platform with White Ops